Providing Help during Emergencies with a Single Tap

“We are in the business of saving lives, which is why every product we offer needs to be top of the line. Infoshore definitely helped maintain our reputation and cater to the needs of our clients. The Rapid Accident Response and Rapid Attack Response they delivered has been perfect since we started working on it. This is because the developers worked by our side, ensuring that no stone is left unturned. Will definitely rely on this team for upcoming projects.”

Rapid Response is the mind child of Marlize Holtzhausen after her sister was brutally attacked in 2010. She wanted an application that could gel well with the South African environment and address its serious emergencies. 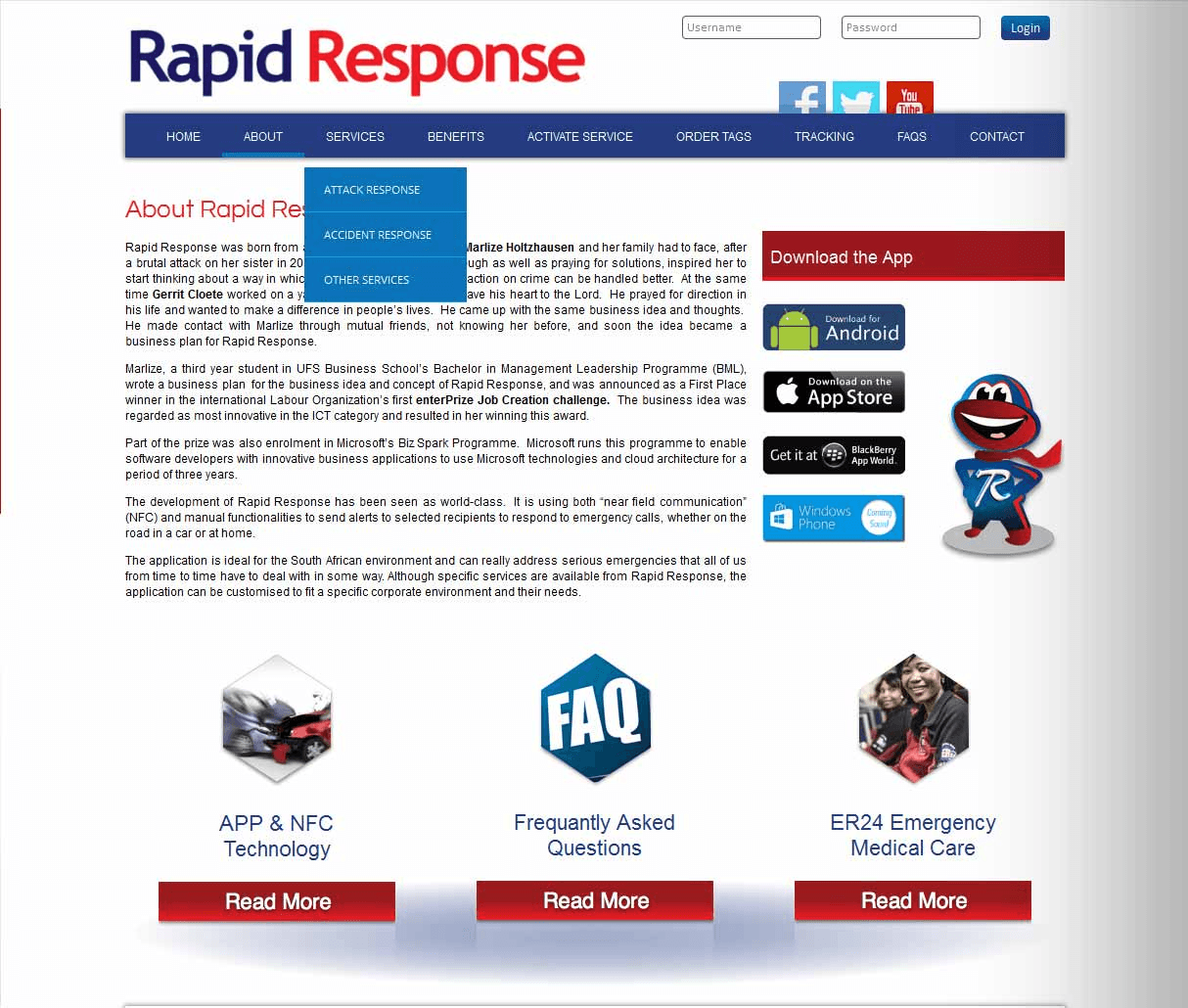 For the website, we used CakePHP for the frontend and MySQL for the backend. As for the mobile app, we needed to create it for as many platforms as possible. This is why we used Android, iPhone, BlackBerry and BlackBerry Z10 platforms. However, to accommodate the latest NFC technology in most new smartphones, we used the NFC API for both Android and BlackBerry.

Rapid response wanted to establish its online presence and extend it to mobile through a useful app that is downloadable on Android, iOS, BlackBerry and Windows phones. The app was to be designed with an alert key that would connect the user to emergency services through the press of a single button.

We developed a highly informative website which would help the budding entrepreneur establish its online presence. However, the app was this client’s core product, which is why we focused our efforts on it the most. The following are some of its top features:

The new website has proven to be very search engine and user-friendly, which is why it received ample traffic since we launched it. As for the app, it is quickly gaining pace in app stores, receiving mostly 5/5 stars according to Google Play.