Securing Lives and Relationships with a Single App

"Infoshore has helped us realize a concept that was limited not a while ago to our minds. The team delivered exactly what we wanted, but this was a given considering the fact that the developers catered to every whim and instruction we had. Overall, Infoshore has proven to be the best mobile app developer we have worked with, be it because of their process or the final product we proudly offer our users."

MobShield is one of the newest yet quickly growing parental control software developers. It has established a strong hold over the security market through its app, which was developed by the skilled professionals at Infoshore. 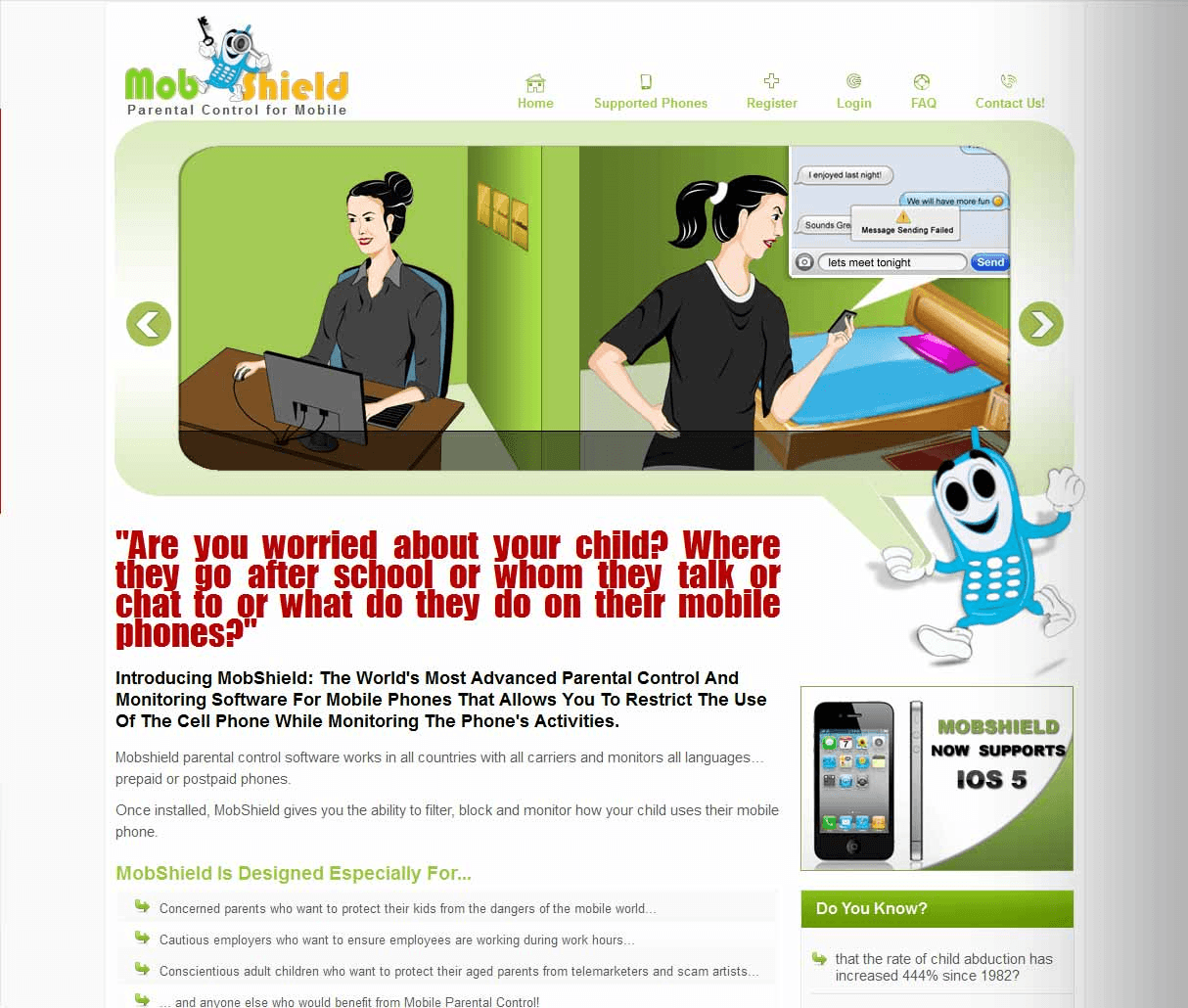 For the portal, we used CakePHP due to its added security features and robustness as a framework. As for the app, we wanted to make sure that all users could avail its benefits, which is why we developed it for Android, iPhone, BlackBerry and Symbian platforms. We also used Google Maps API in the web app to show real time locations of mobile.

MobShield had a vision to come up with a strongmobileparental control app that could allow parents to monitor their children's mobile phones, block certain applications and websites, and restrict usage whenever they want. The app would also be used by concerned employers who want their work on time.However, with so much on mind, MobShield needed a skilled developer to work on its app and ultimately secure its success.

Infoshore worked with MobShield's staff, realizing every feature and suggesting changes based on our experience in this field. We were able to develop an app that could:

We also developed and designed a portal for users to access the data collected from the tracked mobile phone. This enables trackers to view the data they need without having to use the mobile phone over and over.

The MobShield app was a success, receiving thousands of downloads within just one month on their website. Parents and employers alike have registered and download the app, tracking mobile phones and ensuring that users and their own interests are safe.