Connecting People According to What They Want to Hear

“It was a treat working with this company’s developers. Despite not really understanding what we wanted at first, Infoshore was able to guide us to create a clearer image and then get our hands on the actual product. The app is wonderful and we have these guys to thank for it.”

In 2001, the idea for Sooligan started forming in the minds of Natasia Malaihollo and Nikka Umil. Both corporate lawyers, they had a dream for a joint venture where they could provide people with local information that is not only up-to-date, but also accurate. With a passion for connecting people, they wanted an app that could fulfill their dreams. 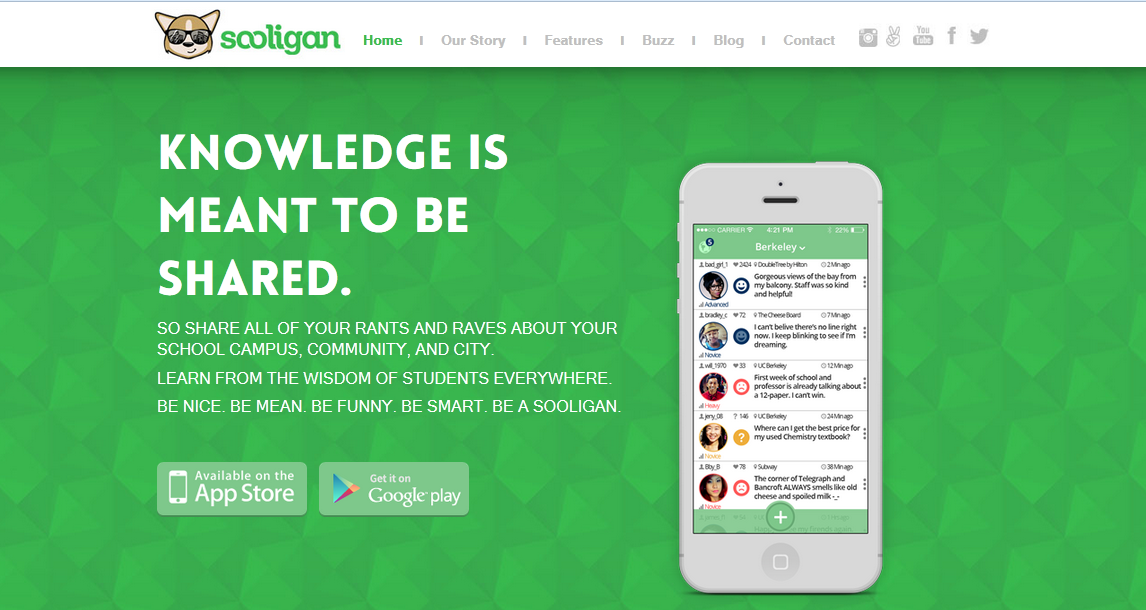 The sooligan app was developed in Cocoa ios framework using xcode API, which is one of the best frameworks for developing for iOS devices. To further give the app a more social media platform look, we used different third party frameworks such as the Facebook, Twitter for social signup.The application provide high GPS accuracy since we used the Google Maps APIs for the same.

Natasia and Nikka wanted to have an app that would allow users to receive local information yet still filter contents according to their own needs. The app would target college students as they needed social networking the most, but without conventional restraints such as the need to send a friend’s request.

Infoshore handled the development phase from day one, guiding the clients and explaining what features the developers could add. Launched in the App Store, the app features the following:

Sooligan is currently one of the popular downloads on Apple’s App Store. It is constantly downloaded by students who are interested in keeping tabs on the latest social happenings in real time. Thanks to the app, Natasia and Nikka’s venture has inspired them to expand further. They are working on boosting their company’s brand name in order to increase their sales and revenue.