“This was our first collaboration with Infoshore or an offshore software developer for that matter. However, we never had our expectations high until the team started including us in every single detail. It was refreshing working with such a team of dedicated professionals, especially since they know how to treat their clients and respect their deadlines.”

Mobile Detectives has been combining its mobile telephonic and special force investigation units’ experience since 1994. Considered one of South Africa’s first location-based service providers, it proudly boast recovering thousands of phones every year. However, in 2012, it wanted a little more. 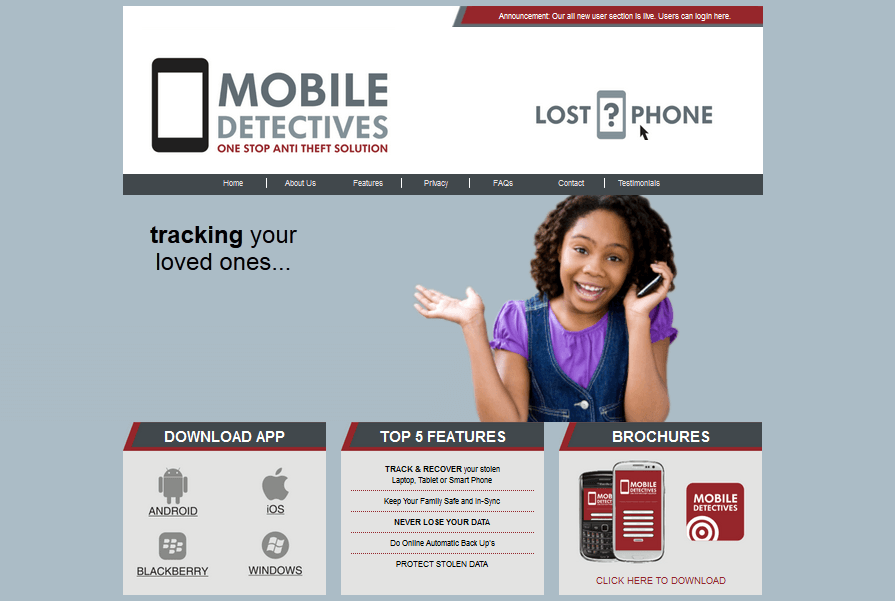 For the portal, we used CakePHP which is MVC based framework for the web development. MySQL is used for data storage as it is one of the top database software and one of the easiest to use and develop with. As for the app, Mobile Detectives wanted a comprehensive solution that could reach many, which is why we used Android, Symbian, iPhone and BlackBerry development tools to build their mobile app for antitheft and data security.

Realizing that the world has started becoming mobile, Mobile Detectives realized the importance of having an app in the device itself. Therefore, it needed a GPS tracking and anti-theft solution that was perfect for South African user.

After developing a clear outline of what our client wanted, we developed an anti-theft app that could help users find their phones or at the least recover their data. To ensure that the phone becomes useless to the person who stole it, the original owner can lock the phone and start tracking its location in real time.

Other features of the app include:

To complement the app, we also created a portal where the phone's original owner can access the app's data and retrieve it to their new phones in case.

The app has received many positive reviews, with around 100 users till date being able to recover their mobile phones. This has helped boost Mobile Detectives’ operations and ensure the company of more revenue, profits and sales.